In Cartagena, HOPU takes the pulse to fight climate change

The data collection and cross-referencing of a multitude of data such as gases emissions, heat islands, temperature, noise, crowd monitoring, etc. allow that HOPU can understand and analyze the problems of the city. Thereby, HOPU is supporting urban authorities to make informed decisions. HOPU has won the 2020 World -Cities Urban Innovation Prize in the “Urban Planning” category by Le Monde Smart Cities 2020. 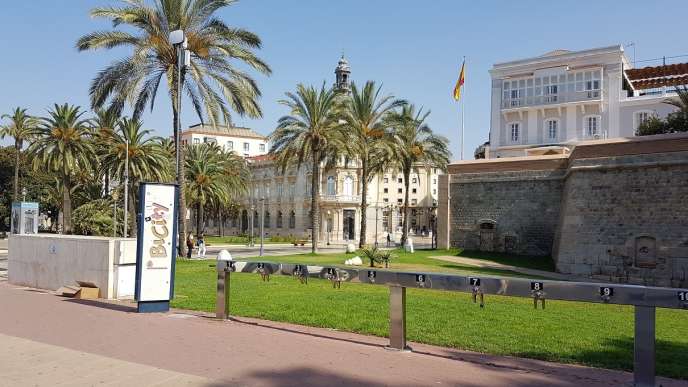 In front of the town hall, sensors have been installed at the top of the lampost. In all, Cartagena has 7 Smart Spots continuously monitoring the city. Another 16 units will be deployed in the city as part of their monitoring plan. HOPU

The Urban World Innovation Awards -Cities
For the fifth consecutive year, Le Monde awards its Urban Innovation Awards – “Le Monde” Cities. Sixty-one (61) projects were submitted to the jury by a selection committee made up of personalities from around the world, experts in urban change: elected officials, researchers, business and foundation managers, architects, urban planners, etc.

It is made up of journalists from Le Monde who monitor the fields covered by these prizes daily, the jury, chaired by Jérôme Fenoglio, director of Le Monde, rewarded innovations developed on the initiative of municipalities, businesses, start-ups and others, Associations, NGOs, foundations, citizens or groups of citizens, in five categories: mobility, energy, housing, town planning, citizen participation.

When the winds come from the Sahara, loaded with dust and sand, the levels of pollution with fine particles explode in Cartagena. In normal times, PM10 and PM2.5 fine particles already tend to proliferate in this arid Spanish city surrounded by hills, located in the south-east of the country, on the Mediterranean, known as much for the ruins of its old Roman theatre, its important naval and petrochemical port.

The gases emitted by industry, mobility/traffic, together with the high heat and sunshine, also cause pikes in ozone (O3) pollution. Added to this, in recent times, the multiplication of extreme weather events. “In one year, we suffered Storm Gloria and two episodes of “cold drop” [repeated thunderstorms, continuous rain and, in more severe cases, floods],” said the city councillor in charge of the city. sustainability and European projects, Cristina Mora. “Desertification is progressing, Mar Menor is suffering, and the number of tropical nights is also increasing …”, she continues.

The observation is clear. The solution is less obvious. To mitigate climate change, the city has therefore decided to join forces with a local technology company, called HOPU (Human Oriented Products for Urbanism). “In general, not only do cities lack valid scientific data, which prevents them from correctly quantifying their objectives, but they also do not know where to start to launch monitoring of their city”, underlines Antonio Jara, president and founder from HOPU. Over a year ago, he began extensive surveillance of Cartagena, in order to collect all kinds of data using systems based on artificial intelligence and the Internet of Things.

Temperature, humidity, solar radiation, soil transpiration, wind direction and speed, but also noise, crowd-monitoring, traffic jams, energy consumption, and of course NO2, CO, O3, H2S, nanoparticles or pollen emissions… 7 sensors record the city’s sustainable and healthy status. They are cross-referenced with data obtained via satellite, such as the vegetation index or the existence of urban heat islands (UHI). All this information provided by the sensors makes it possible to understand, monitor and support action plans to mitigate these urban challenges.

Socio-economic information, such as the unemployment rate, the level of wealth or poverty, or health, such as the presence of mosquitoes, killer bees or sleep disorders linked to the heat of tropical nights, public lighting, they have then contextualized thanks to the European open-source data management platform FIWARE.

For the city, it is, first of all, a necessity. “European regional development [ERDF], EU Green Deal, and transition funds are becoming more and more demanding with cities,” continues Dr Jara. To have access to all the funds, they must demonstrate that the objectives have been achieved. This forces cities to equip themselves with tools… ”

HOPU made a bet that seems obvious: the right amount of data, with the proper data quality, integrated with multiple data sources enable to make it possible to guide the administration in its decisions and investments. But if the amount of information that can be extracted from a city is almost infinite, you still need to know how to read and use it correctly. For that reason, HOPU is creating intuitive dashboards to facilitate its use (https://opendata.hopu.eu/).

When Antonio Jara started defining HOPU, this Spanish computer scientist decided to equip cities with intelligent sensors, made-in Spain, more easily managed (device management), thanks to the Internet of Things paradigm; at the same time that enabling remote maintenance and high robustness to be deployed permanently outdoors. “It was the topic of my PhD thesis at the University of Murcia, and HOPU was putting it into practice and elaborating the different gaps and challenges identified during my research career…”, sums up this 33-year-old entrepreneur.

However, in 2017, HOPU decided to extend his field of activity and offer cities the capacity to collect data intensively, analyze, propose/prescribe solutions, and monitor results via KPIs/indicators over Dashboards. The motivation to extend our market to data analytics and urban planning is that “We were creating very relevant and high quality sensors but we realized that the obtained data, was not exploited and used at all the potential and capabilities for what we designed them…”, he recalls. 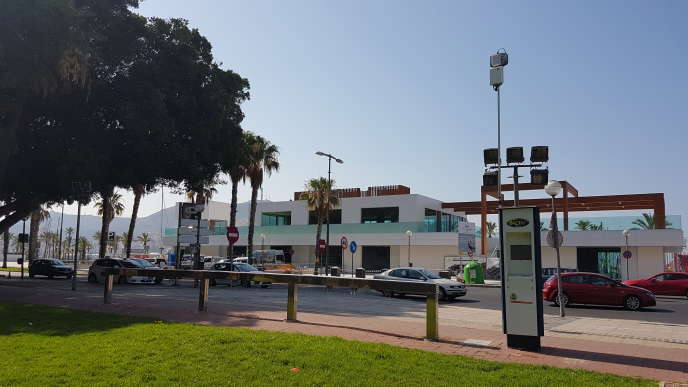 In the port of Cartagena, HOPU sensors measure air quality and nanoparticles pollution, as well as crowd monitoring and noise. HOPU
Depending on pollution, heat islands, car traffic or the flow of pedestrians (crowd monitoring), HOPU advised Cartagena in the location of low-emission zones (where the circulation of the most polluting vehicles is prohibited) and the creation of a green corridor. But its role can also consist in indicating the best place to install shaded areas. Or simply benches, so that fragile people can rest. Depending on the situation, reforestation will be more useful than the construction of rental stations for electric bicycles or a dissuasive car park.

“All the decisions the city makes can, therefore, be based on scientific information, i.e. data-driven and evidence-based” Antonio Jara, president and founder of HOPU

Thanks to continuous, monitoring and periodical reviews, HOPU measures the impact of the solutions chosen and corrects any errors. “All the decisions the city makes can, therefore, be based on scientific evidence,” said Jara. HOPU is a team of 23 people, provides services to around 20 cities, including Madrid and Helsinki. Investments can become optimal, which also generates savings and our knowledge can then be used in other cities … “

How many airports without planes, roads without cars, Olympic swimming pools built in small villages or golf courses in deserts could have been avoided in Spain with such tools? For a long time, cities have invested in projects without worrying about the real impact of their urban planning interventions. Some mayors favoured the idea of ​​leaving their “legacy” to the usefulness and efficiency of public investment. When others have directly taken advantage of it to embezzle funds … “It is difficult to prevent corruption, but our sensors can limit abuse of office,” said Jara. In short: finished the arbitrary …

The five “Le Monde” urban innovation awards -Cities
Here are the projects awarded around the world in five categories: