European objectives for 2025: The Green Deal

In 2019 the European Commission published the Green Deal, presented by Ursula Von Der Leyen as President. This plan lists 50 concrete actions to combat climate change, a highly relevant objective in the European strategy to achieve a neutral continent by 2050. This pact, known as the “EU Green Deal“, seeks a clean economy with zero emissions and the protection of our natural habitat, thereby contributing to an improvement in public well-being, a business awareness of the environment and making Europe a reference point for action against climate change.

To achieve this goal, Europe proposes to work on clean energy, sustainable industry, efficient renovation and construction, sustainable mobility, biodiversity, pesticide reduction and an end to pollution. On 27 November 2020, was highlighted the Green Deal for the next five years, and the European Commission presented the six main objectives for this period:

Blockchain, one of the new players in the fight against climate change

Faced with this situation and these objectives, which involve reducing CO2 emissions by 50% by 2030, the European Commission has estimated that it must invest an additional 230 billion of euros per year and promote public-private partnerships.

To achieve this objective, Europe must promote innovation and research in the territories, in the business fabric and in industries, which will make it possible to reduce emissions, the risk of natural disasters and the impact of pollution on public health. One of the latest ITU/UN reports details how cutting-edge technologies such as climate monitoring, air quality and water resources, Artificial Intelligence and the Blockchain can contribute to this process of fighting climate change.

In this report, called “Frontier Technologies to Protect the Environment and Tackle Climate Change“, the ITU sets up a working group focusing on environmental efficiency for Artificial Intelligence and other emerging technologies (FG-AI4EE) to study technology standardisation needs to contribute to these goals. This report recognises how Blockchain technology has been one of the great forgotten technologies to date in the fight against climate change and how it can play a crucial role in it through optimised use of resources and innovation, to contribute to this improvement process.

Blockchain is often associated with cryptosystems such as bitcoin, but this innovative technology has much more potential than bitcoin. Its origins date back to 1991 when Stuart Haber and W. Scott Stornetta carried out the first process based on cryptographically protected blockchains. Its media popularity, however, began in 2008, when bitcoin was in the social spotlight, and today its use is mainly based on protecting and securely certifying data traffic, fighting against forgery and data protection.

This technology focuses on the decentralisation of information from any process, such as banking management or data monitoring from IoT devices. The blockchain is a way of structuring the data, grouping them in blocks or sets adding meta-information related to other previous blocks in the process timeline. In each block it is stored:

Through cryptographic techniques, these blocks are encrypted and form an encrypted chain of information, and it only can be altered by modifying all the blocks.

The PwC in “Time for Trust: The trillion-dollar reasons to rethink blockchain” predicted that the blockchain has great potential to grow world GDP by 1.76 trillion dollars in 2030.

HOPU: This Spanish SME, dedicated to the monitoring and display of air quality data through IoT devices, is implementing the use of the blockchain for the certification of data quality and the protection of measurements in the different monitored environments. In particular, HOPU is implementing the blockchain for air quality monitoring in industry, where exists strict restrictions to protect workers’ health and the air quality of the areas surrounding these factories. The funds of this solution are through the Blockchers program, a project to promote the use of DLT (Distributed Ledger Technologies) in European SMEs. HOPU is already running its first pilot in the industry, in the Lisanplast plastics factory, which aims to ensure that the working environment is suitable for employees and to reduce the impact of this company on the ground, under the European Green Deal. HOPU is using the Besu Alastria B, which is regulated and compatible with the European network. Through this network, HOPU verifies compliance with regulations in the workspace, provides a calculation of total emissions and all this in an accessible and intuitive interface to access data in real-time and in historical data.

PlanetWatch:  This French startup is developing a blockchain system to monitor air quality by taking advantage of the potential of communities. According to this SME, efforts to monitor air quality are not sufficient to date and encourage citizens to participate in this process. This project seeks to encourage people to purchase low-cost air quality sensors, install them in their homes, workplaces or even take them with them and record the data in a blockchain. Through this network, Planet Watch will make the open data available to scientists and governments so that they can combat climate change and will reward users for helping in this process. When a user acquires one of its low-cost devices and activates it to monitor data, it acquires Planet Tokens, utility tokens issued in the Algorand blockchain.  These tokens can be exchanged for Earth Credits, which are translated into euros and allow the purchase of new products and services on Planet Watch.

Smart Playground. Safe Environment for Togliatti: This Russian city of more than 700,000 inhabitants has great industrial relevance and therefore requires a relevant environmental control. Togliatti has set up an environmental monitoring network, installed in playgrounds and children’s games as the new generations are a crucial sector to protect in this process. This project has been carried out by the company Airalab using Libelium sensors. In this project, the chain of blocks has been used with the aim of a safe, verified and unalterable storage of the data collected, seeking to ensure that the authorities and citizens receive objective and transparent information, which shows the environmental state of the territory. On the other hand, this project uses the blockchain for its marketplace, which allows anyone to acquire data without intermediation. All you have to do is send a request for information through the available Smart City platform, and an intelligent contract is automatically generated for the specific sensor to carry out the requested measurement and provide the data with its corresponding quality certificate. 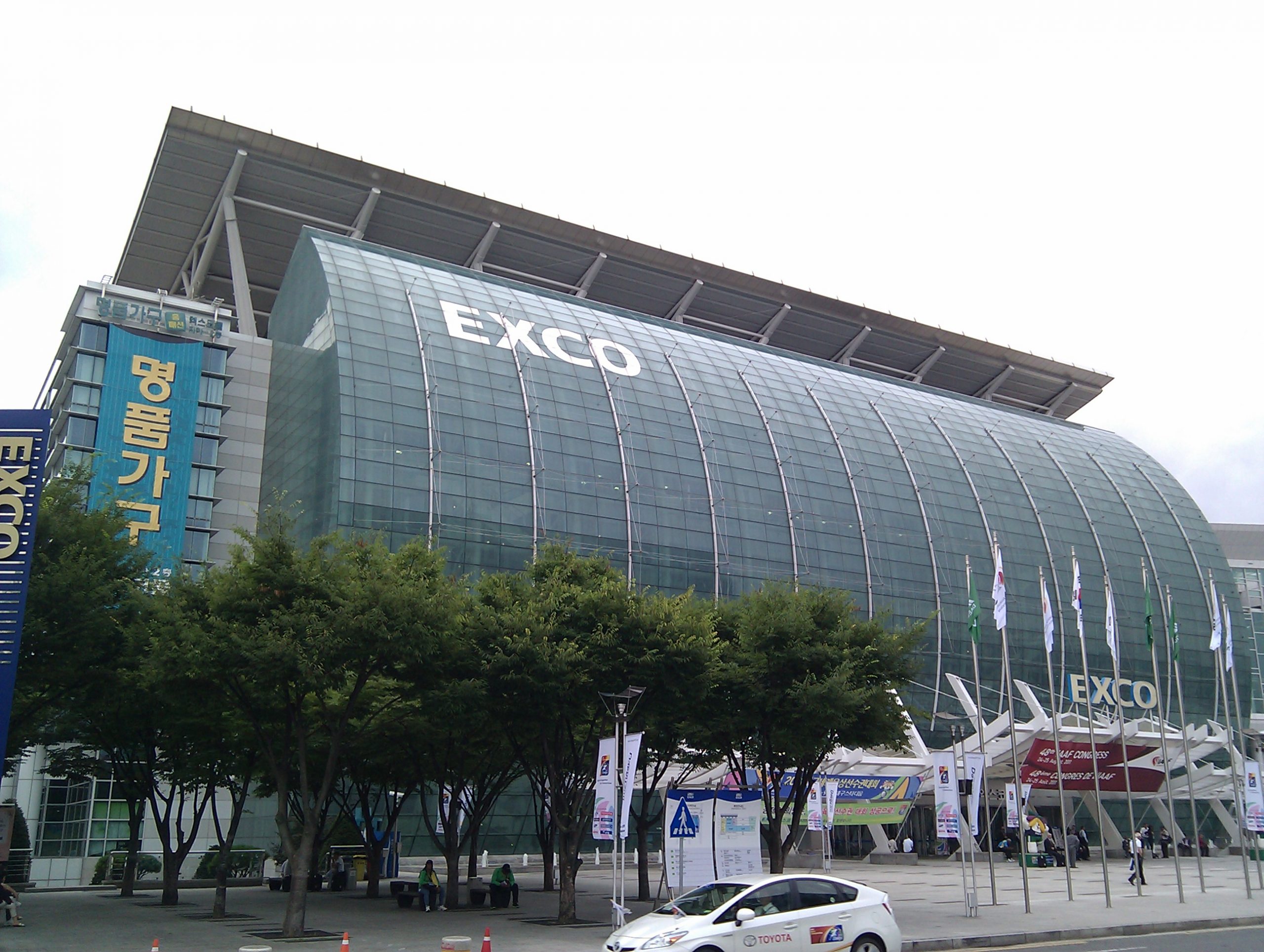 Our CEO Antonio J. Jara has participated in the IHIC 12th International Conference on Intelligent Human Computer Interaction 2020 as an invited speaker where he made a presentation about how our Smart Spot device and industry gas emission monitoring ‘Enabling trust and reliability of IoT-based continuous monitoring by integrating certification via Blockchain’.

The IHCI is the 12th International conference in the Human-Computer Interaction field, where we explore research challenges emerging in the complex interaction between machine intelligence and human intelligence. This is the twelfth event which has a theme on “Intelligent Interaction for Smart Community Services”, having special tracks related to the main theme of the conference. 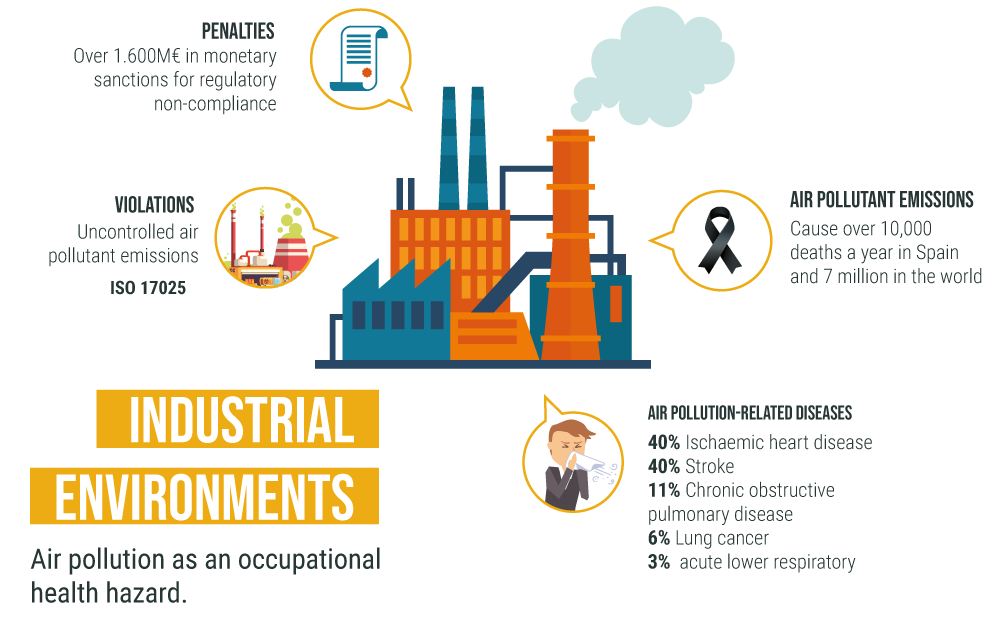 The complete details of past conferences are available on the conference main website. The IHCI Conference presents the best of current HCI research and practice, emphasizing innovation, and quantified experience. IHCI has emerged as the foremost worldwide gathering of academic researchers, Ph.D. and graduate students, top research think tanks and industry technology developers. The complete details are available on the Conference website.

As member of Blockchers, we are implementing blockchain technology in the Spanish company Lisanplast certifying and protecting the data collected by its air quality monitoring devices for use in Industry 4.0. In this way, the industry can verify real-time control of the area to satisfy the regulations regarding the working environment with certified data and justify critical decisions in the environment.

Continuous monitoring of gases emissions in the plastic injection industry is required by environmental law and occupational therapy. Nowadays eventual campaigns are carried out by certification companies and inspections. However, continuous monitoring to detect alarms, anomalies and total emissions are being required. This use case will introduce DLT to the monitoring process to proof data reliability, monitoring equipment calibration-certificates dates, non-repudiable events and data reporting. Antonio J. Jara