What is Internet of Things (IoT)?

This term was introduced by Kevin Ashton in 1999 at the Massachusetts Institute of Technology to refer to the number of objects and people that are interconnected on the network. Since then, the number of IoT devices has increased and it is estimated that at 2020 there will be about 200 billion devices connected, placing the Internet of Things as the next big step in the technology industry. 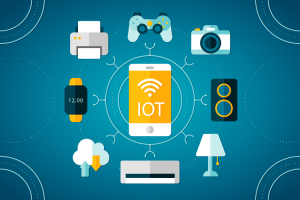